We don’t see challenges as obstacles that block our path. Rather, they are hurdles to overcome. It is this underlying attitude of optimism, our sense of compassion, and our ability to embrace change that have allowed
Genacross Lutheran Services to grow in wonderful and unexpected ways — and to continuously expand our vision of what it means to serve. It’s also why we’re hopeful about the future for every person whose life we touch.
Next 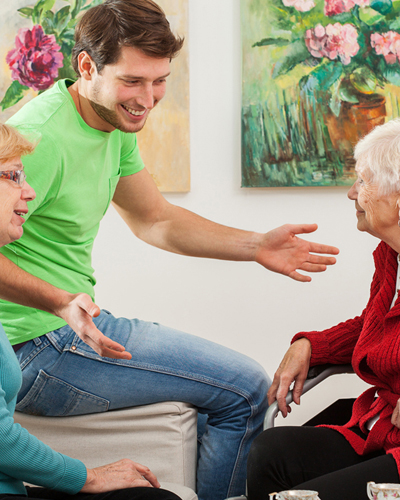 Early one morning, staff at the Genacross Lutheran Services-Napoleon Campus noticed that “Marcille,” an assisted living resident, was having difficulty getting up. She also was slurring her words and had right-sided weakness. Marcille was rushed to the hospital, where it was determined that she had suffered a debilitating stroke. Her physician suggested hospice services, and the family placed her in the Napoleon Campus’ care center. As the days progressed, however, the staff and hospice nurse began to notice changes. After a week, Marcille was starting to speak more clearly and to sit up. The therapy department asked hospice for permission to evaluate how Marcille would tolerate physical, occupational and speech therapy. The sessions progressed slowly, but everyone involved in her care noticed improvement. After about two weeks, the interdisciplinary team, hospice, and Marcille decided to discontinue hospice services and focus on rehabilitation.

Her determination was tremendous, and she began ambulating again and acting like her old self. Marcille’s family attributes her progress to her therapy plan, which incorporated a return to her assisted living apartment. They are overjoyed with her recovery and are astounded at how much change had occurred in a short two-month span. As the quote on the wall of Marcille’s former room in the care center says, “Every day holds a possibility of a miracle.” That is exactly what family members call their mother’s recovery. 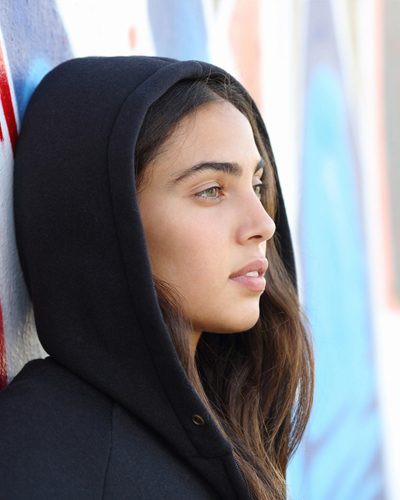 “Grace” was diagnosed with autism spectrum disorder, oppositional defiant disorder, and attention deficit hyperactivity disorder, and she displayed attention-seeking behaviors, which often led to aggression, such as spitting, punching, kicking, hitting, and the destruction of property. After many failed placements and detention stays, she was placed at the Genacross Maumee Youth Center. Initially, Grace displayed the same behaviors that she had displayed with her family at home and in previous placements. She would become so violent that staff would need to use physical restraints to keep her safe. Grace was provided unwavering structure, as well as regular counseling twice each week. She and her family participated each month in the Partners in Treatment program. Grace showed slow but consistent improvement. Her aggressive outbursts occurred less often. She began to display the coping skills that staff worked so hard to teach her, and her need for immediate gratification was slowly beginning to disappear, as well.

Her parents feel that Grace has reached a level of improvement they thought she would never achieve. “At her past placement, her therapist asked us what to do with Grace,” her mom said. “Everyone at Genacross Lutheran Services has shown us what to do with her. All of you have made so much progress with her.” Grace has made so much progress that she was able to transition to the East Toledo Group Home, where she continues to do well with the structure and activities provided there and has shown very little regression in the process. Grace attends school at the Blackmon Alternate Learning Center and received three A+ grades, two Cs, and a B on her most recent report card. Genacross is now working on a transition plan to follow her graduation.